Pirates All Are We! Our Spring SHOWCASE will be held at McDowell School 421 South McDowell Blvd., Petaluma, CA 94954 in the Multi-Room. 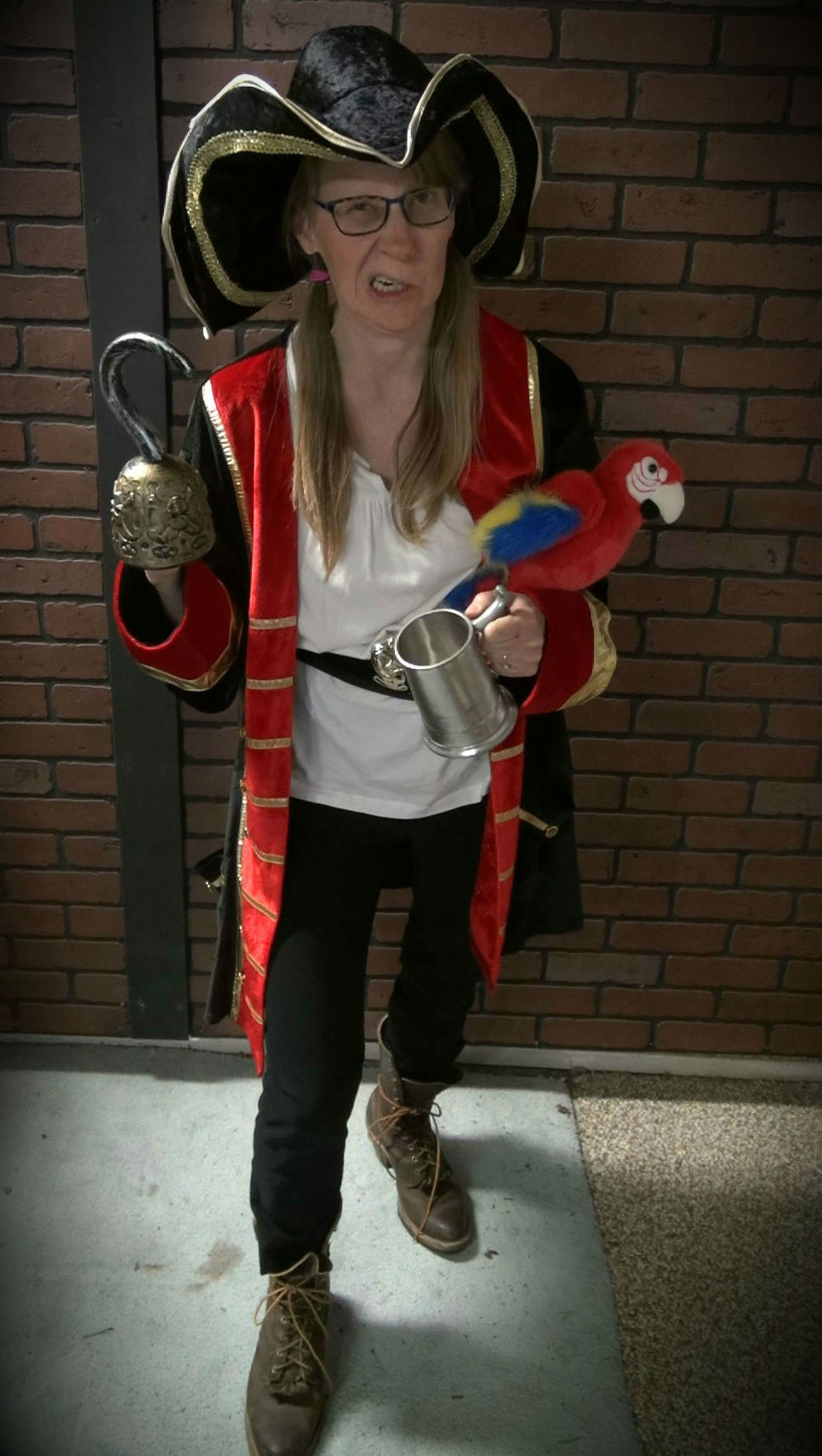 My mother was the mayor of our small town, my father was the sheriff. When I was 4, I wandered outside alone, fell down a cliff and broke my ankle. I lived for a month with a pack of wolves until one day I happened upon my house and returned to life with people.

After that I was always under the watchful eye of a nanny or private tutor. I only went outside for walks in the walled garden. I soon forgot about my forest adventures with my wolf family.

One day when I was 16, I stared out the window longingly into the forest. I saw a wolf saunter by and it all came back to me. I packed a bag to run away to the forest and snuck out that night in the rain. Alas, in the dark I slipped on the shore of the river which was raging from the rainfall. I was rushed downstream, clinging to my bag. All night I floated and when the sun rose the next morning, I saw that I was almost to the ocean.

I had never seen the ocean before, except in a book about pirates which a visiting aunt had given to me once. I had hidden the book from my parents because it was much more exciting than the books I was usually allowed. I decided to find some real pirates. After three months of travel I made my way to Bermuda to stow away on a pirate boat and fulfill my destiny: a life of adventure! I was born here in the Caribbean.  My mother was a fisher-woman, so I spent my childhood playing on the beach.  My mother married me off at 15 to a pirate.  He was a lot older.  He drowned in a storm.  The captain liked me, so I got to stay on board as long as I worked hard.

But then the captain went overboard. When I reached out to save him, all I could grab was his hook, so he fell in the deep sea and was eaten by a crocodile! Now we have no captain. But I love these singing pirates, and they need me because I'm the best singer of all! Born to a wealthy family, I got bored with the good life and wanted adventure. I went to all the best schools, but didn't fit in. At age 16, I pretended to be a boy to get a job on a merchant ship. My ship was taken over by pirates; I tried my best to fight them off, but I was captured and taken aboard their ship. I proved my worth through hard work and eventually revealed that I was not a boy, but a lady! They were shocked, but let me stay. I've been with the pirates ever since. Ahoy Mates! I be called Cut Throat Gert! I was orphaned at the age of 1. Or it may be that my parents deserted me, I don’t remember for sure. Scavenging for food and goods became a successful way of life for me. I grew up on the mean streets of Tortuga and learned how things were in the cold, hard world.

By the time I was old enough to start looking like a girl I had a reputation with weapons and most of the men feared me for it. Going Pirating was the natural next step and I have crewed for many a scurvy Captain and escaped from many a military trap. I plan to be a pirating scalawag for many a year to come and won’t give up on the high seas until Davy Jones comes to drag me down. I was born to a Mommy and Daddy of normal nice people with three bothers in a small town near the ocean. We were four brothers and I was always the risk taker.  Growing up and approaching age 16, I always wanted to be different. I was always an adventure seeker. My Mommy and Daddy did not like this and always tried to keep me on the straight and narrow -- not me! My weakness was singing, drinking and having fun!

One Saturday afternoon, I was watching a Pirate movie at the local movie theater and got excited about the pirates in the movie and their way of life. "Wow!"  I thought, "This is an exciting, different way of life with adventures all the time!" I decided at that point to become an adventurous pirate.

I seeked out to meet a motley crew. This was not easy, but one rainy night I got lucky. I met a group of fun and wild pirates at a hidden area near the water. I joined in without asking and begged them to let me join. I must have said and done the right things because now,  it's a Pirate's Life for Me ! I was born in Trinidad. The first born son of the infamous jewel thief Simon “Sly Fingers” McCord. My father named me Jewels – an appropriate name at that. He taught me everything there was to know about stealin and cheatin and lyin and fightin. And I took all these wonderful skills that me daddy taught me and put them out ta sea, so as to share them there skills with the rest of the world. Arr. Yo ho ho and a bottle of rum!